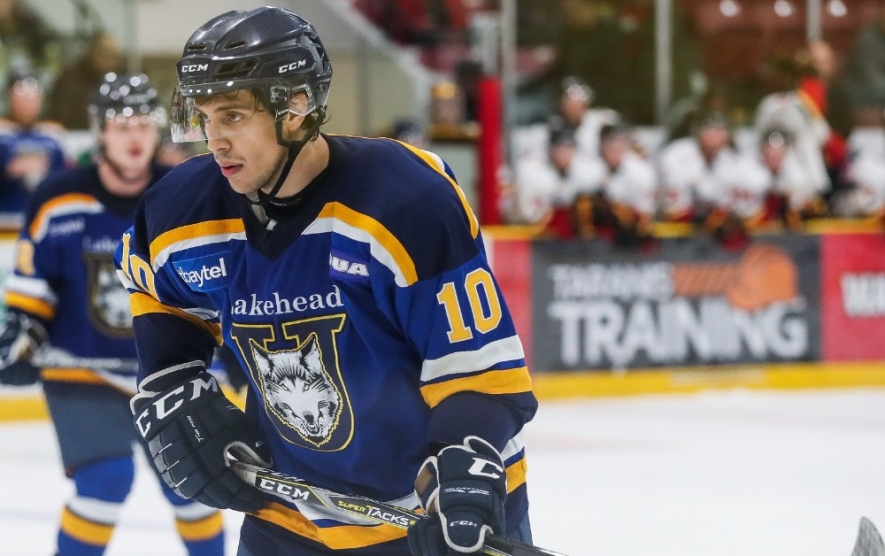 Including non-conference play, Del Paggio tallied 35 points to tie for the lead in team scoring along with linemate Tomas Soustal.