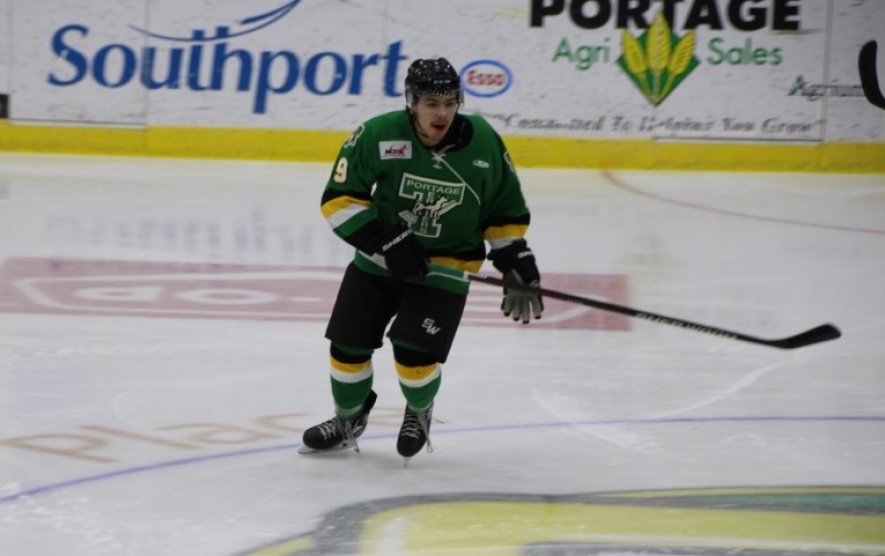 The Lakehead University hockey team is pleased to announce that defenceman Troy Williams of Dryden, Ontario will be joining the program.

The 5”11”, 195-pound rearguard played for the Flin Flon Bombers and Melville Millionaires of the SJHL as well as the Portage Terriers and Steinbach Pistons of the MJHL.

Williams was a big part of his team’s offence as he tallied 44 points in 54 regular-season games with Steinbach last year and added another 10 points in 12 playoff contests.  After the season, Williams was named to the MJHL’s First All-Star team.

Lakehead coach Andrew Wilkins said “Troy was regarded as a top defenceman in the MJHL and he played big minutes in all situations.  He will add poise and puck-moving ability to our defensive unit.  We look forward to getting the most out of him and seeing his game develop.”

Williams, who played Bantam and Midget hockey with the AAA Kings, is looking forward to playing at Lakehead.  “After spending a few years in Thunder Bay, I was able to watch some of the Thunderwolves’ games and I’ve always wanted to come back and play for those passionate fans.  Now I can’t wait to be back in the community representing the program.”