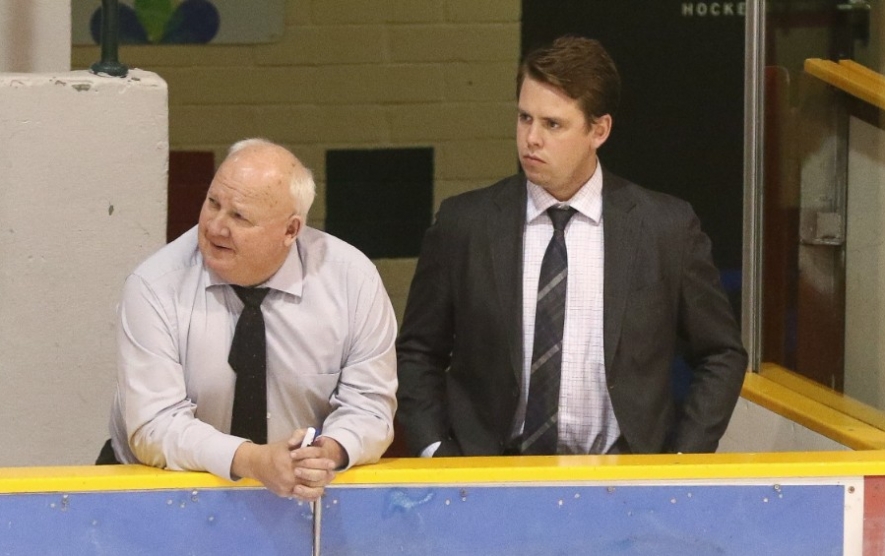 A native of Thunder Bay, Bill ‘Macker’ McDonald began his coaching career with the Thunder Bay Twins in 1986.  From 1991 to 1995, he led the Thunder Bay Thunder Hawks and Senators to three Colonial/United League championships in four years.

“As president of the Thunderwolves hockey corporation, I would like to sincerely thank Bill for his years of service. Bill is not only a legendary coach, but also a good person and a good friend. I wish Bill, Trudy and the rest of his family well in Bill’s retirement. Bill’s legacy will be left with this program for years to come and we thank him,” said Rory Cava, President of Lakehead Thunderwolves Hockey.

Bill joined the Thunderwolves in 2013 and took the team to the OUA West Division Finals in 2014. Bill has continued to share his knowledge and appreciation for the game during his years at Lakehead.

"Bill's storied life as a head coach speaks for itself, and I join everyone involved with our team when we thank Bill for his service to our university and hockey program. Macker is a consummate professional, an exceptional coach, and someone who I was proud to say ran our hockey team. I'd like to wish Bill and his wife Trudy the best in their retirement,” said Tom Warden, Lakehead University’s Athletics Director.

Succeeding Bill will be Andrew Wilkins, who will be stepping out of his role as assistant coach to become the new bench boss.

“With Bill’s guidance and mentorship, Andrew is developing into a fine coach. His passion for the sport, combined with his knowledge of the university system and his coaching skills, make him an excellent choice to follow in Bill’s footsteps,” added Warden.

Wilkins, a native of Pickering, Ontario, played five seasons for the Thunderwolves from 2009 to 2014.  In his final campaign (McDonald’s first as head coach), he served as the team captain, was voted the Wolves’ Most Valuable Player and was named the Lakehead University Male Athlete of the Year.  He finished his career 17th on the list of the Thunderwolves' all-time scoring leaders and then went on to work as an assistant under McDonald for the next four years.

“Andrew was an outstanding captain and when we moved him into an assistant position he continued to develop and do an unbelievable job.  Over the last couple years, I have given him more responsibility and he has continued to grow. He is very respected by the players and community, and has been nothing but supportive to me.  His passion for the game is limitless and I hope his being by my side for the last few years, and now taking over, will help to continue to excel the program forward,” said Bill McDonald.