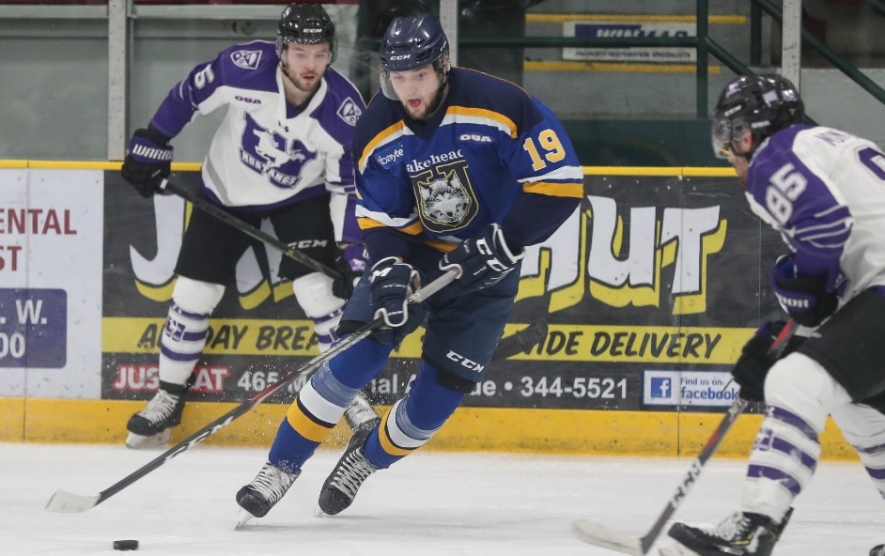 The Lakehead Thunderwolves had a strong start on Friday night but found themselves struggling late in the game as they fell 4-3 to the visiting Western Mustangs.

The Thunderwolves were the first on the board after freshman forward Greg Smith deflected a bouncing rebound into the back of the net. They finished the first period up by two after sophomore forward Tomas Soustal buried a pass from Daniel Del Paggio and Jordan King.

Soustal picked up his second goal of the game early in the second period, giving the Thunderwolves a 3-0 lead over the Mustangs.

“Got to give western credit, they’re a skilled team that executed and made us pay.”

The Mustang took advantage of a too many men call against the Thunderwolves and started their comeback with a power-play goal from freshman defenceman, Sean Montgomery. Mustangs forward Kolten Olynek picked up a short-handed goal that put the Western squad back in the game.

The Mustangs scored two more goals in the third period to seal the Thunderwolves' fate.

“Tough loss tonight, obviously, but we have a great opportunity to turn around tomorrow and play the way we can,” said Wilkins.

The Thunderwolves will be back for more hockey against the Mustangs Saturday, Jan. 18 at the Fort William Gardens. Puck drop will be at 7:00 pm.