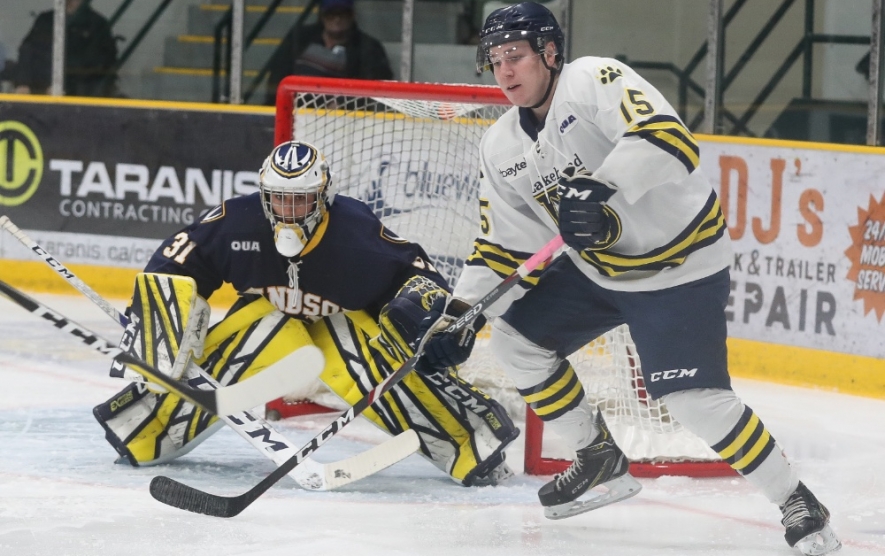 The Lakehead Thunderwolves did not get the start to the road trip that they were hoping for, falling 8-1 to the host Windsor Lancers on Friday night.

Lakehead came out strong, as forward Josh Laframboise came down the centre of the ice, intercepted the puck up off a pass between the Lancers and buried the puck in the back of the Windsor net, scoring the first goal of the night, but untimely penalties would ultimately cost the Thunderwolves the game.

“As a group, we felt ready. We had a good start. The game got away from us with timely penalties.”

The Lancers tallied two power-play and three short-handed goals, led by forward Ethan Skinner, who finished the game with a natural hat trick. Windsor forward Ian Parker also had a multi-goal night, finishing with two goals against the Thunderwolves.

“We only blame ourselves and I believe in our group to respond tomorrow,” said Wilkins.

The Thunderwolves will finish their road trip in London, ON on Saturday night when they face off against the Western Mustangs. Fans can watch the Wolves on OUA.tv at 7:00 pm.