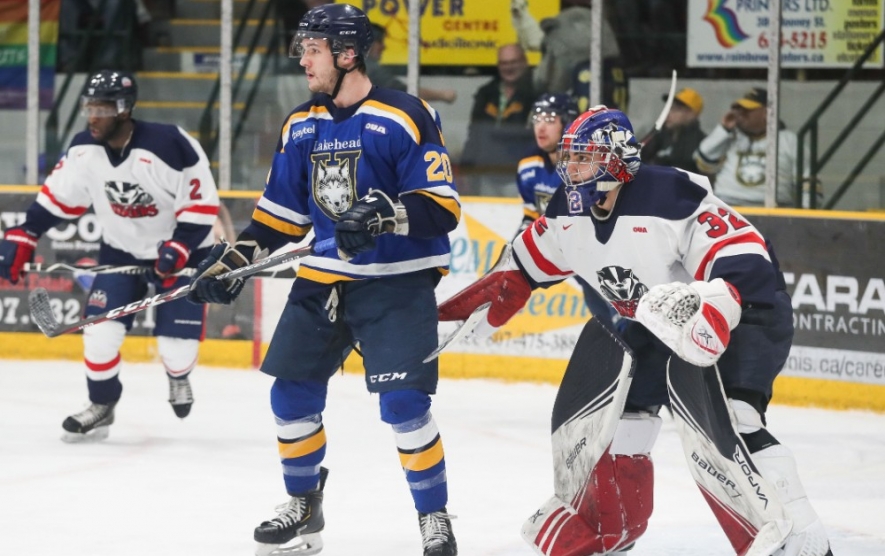 The Lakehead Thunderwolves struggled to find the back of the night and were blanked by the visiting Brock Badgers, who won 4-0 Friday night at the Fort William Gardens.

The game started with a scoreless first period and throughout the first 20 minutes, Lakehead managed to outshoot the Badgers 16-7.

“We had a great start. Good energy throughout our lineup,” said head coach Andrew Wilkins.

“We had a tough time creating quality chances down the stretch. Brock played a better team game tonight.”

The Badgers returned to the ice ready to compete and outshot the Thunderwolves 25-12. Ayden MacDonald scored the Badgers' first goal less than five minutes into the second period, while they picked up their second goal on the power play thanks to Skylar Pacheco.

The Thunderwolvs managed to outshoot the Badgers slightly in the third period with 16 shots to Brocks 11, but we still unable to score.

The Badgers went to work quickly, picking up their third goal of the night just a minute and 30 seconds into the third thanks to Jared Marino. Christian Girhiny tallied the Badgers' final goal, scoring on the Thunderwolves empty net.

Lakehead finished the night with 45 shots, while the Badgers finished with 44.

The Thunderwolves will be looking to bounce back against the Badgers when they face off for their second game of the weekend this Saturday night at the Gardens.