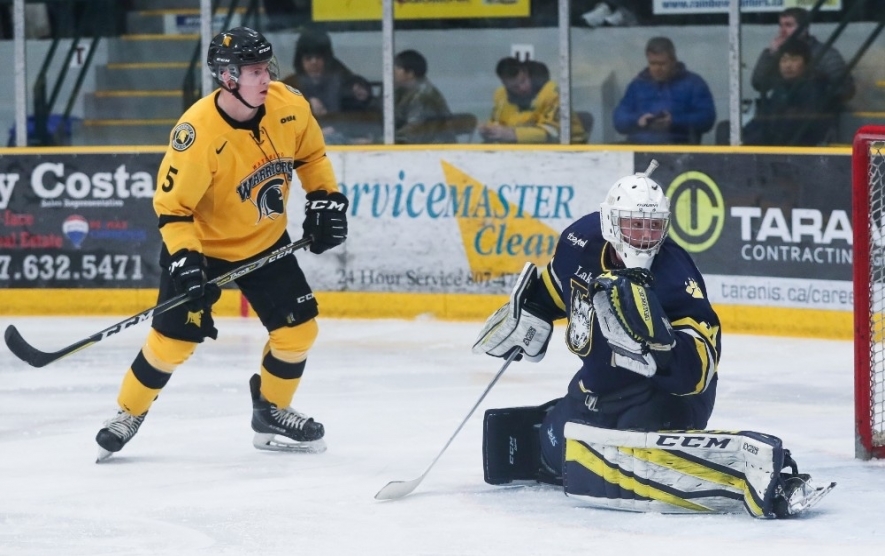 The Lakehead Thunderwolves fall 6-0 to the Waterloo Warriors in their first battle of the OUA regular season in Waterloo, ON.

The Thunderwolves would stay out of the penalty box for most of the night, giving the Warriors only one chance at the man advantage late in the second period.

Waterloo forward Nick Chyzowski, who scored the first Waterloo goal of the night, ensured his team capitalized on the power play and scored with less than 20 seconds left to go on the Thunderwolves' penalty.

The Wolves would go 0-2 on their power play opportunities.

By the end of the second period, Warriors Chyzowski and Alex Pawelcyzk each scored two goals against Thunderwolves goaltender Nic Renyard, who faced 23 shots in the first 40 minutes of the game.

Total shots on goal in the game were 34-17 for Waterloo.

The Thunderwolves will be back in action Friday night against the Laurier Golden Hawks, puck drop at 7:05.