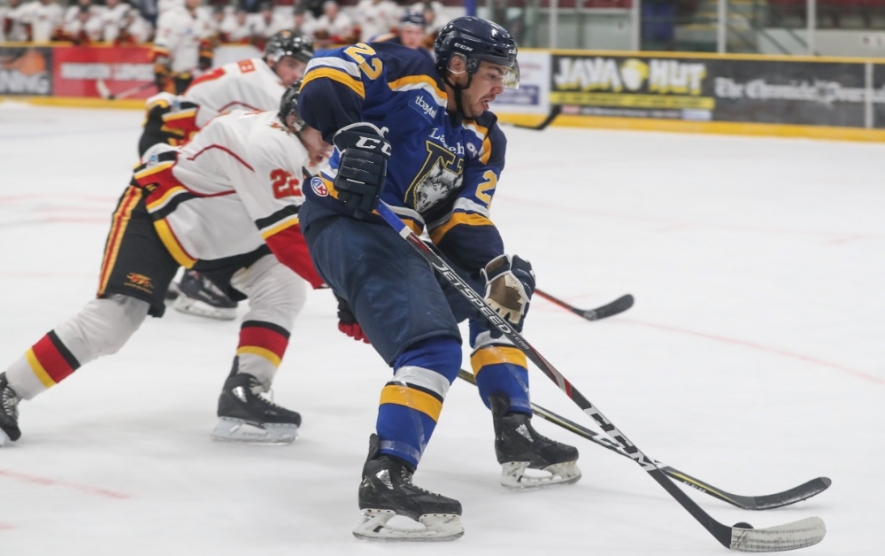 Despite scoring two goals in the second period, the Lakehead Thunderwolves fell 4-2 to the Guelph Gryphons on the road in Guelph Saturday night.

“I thought we had a good first 40 minutes, set ourselves up to win the game,” said head coach Andrew Wilkins.

“First five minutes of the third we mismanaged a couple of situations that cost us the game. We have to learn from it and what it takes to close these games out.”

By the end of the second period, the Thunderwolves were leading the game 2-1. The Thunderwolves' first goal was scored by forward Daniel Del Paggio, who tied the game 35 seconds into the period.

Del Paggio picked up his second point of the night when he assisted Tomas Soustal, who shot the puck over the left shoulder of Gryphons goaltender Brendan Cregan to give the Thunderwolves the lead.

Gryphons' forward Ryan Valentini scored just over a minute into the final frame, tying the game 2-2, then three minutes later Todd Winder scored to take back the lead.

“Guelph has a good team, they pushed us and we will be better from it,” said Wilkins.

The Thunderwolves will play on the road again next weekend, travelling to Toronto to face the York Lions on January 10th and 11th.