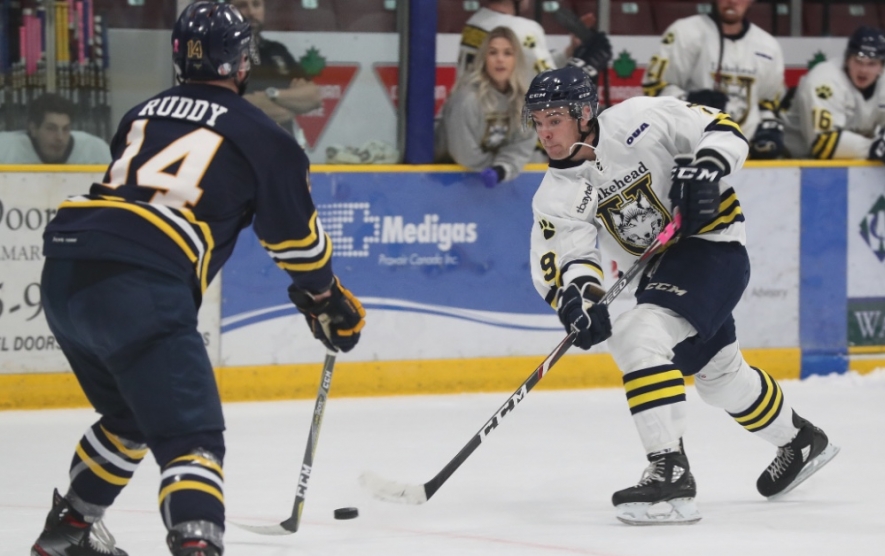 Despite getting a hot start in the first period, the Lakehead Thunderwolves fell 5-3 to the Windsor Lancers at the Fort William Gardens on Friday, Oct. 18.

Less than two minutes into the first period the Thunderwolves found themselves on the penalty kill, but that didn’t stop forward Josh Laframboise from scoring short-handed to put Lakehead up 1-0.

They would soon extend their lead to 2-0 thanks to freshman forward Greg Smith, who tapped his first goal as a Thunderwolf assisted by Patrick Murphy and Cooper Leitch.

The Thunderwolves held the lead through 40 minutes and finished the second period ahead 3-2.

The Lancers came out strong in the third period, scoring three goals. The final goal was scored on an empty net by Lancers’ forward Brennan Feasey.

Despite scoring short-handed, the Thunderwolves went 0-4 on the power play. The Lancers had slightly more success, scoring on one of their five power-play opportunities.

The two teams will hit the ice at the Fort William Gardens for round two Saturday, Oct. 19 at 7:00 pm.