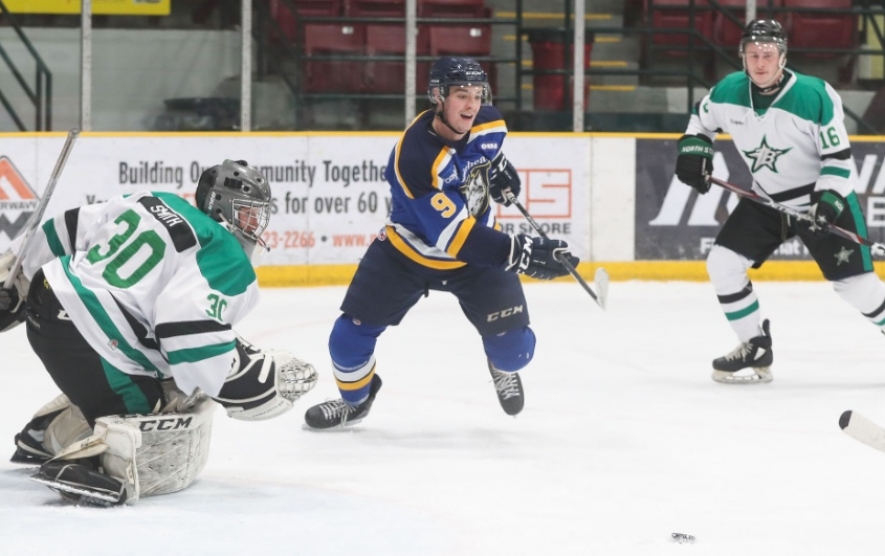 Sixty minutes wasn’t enough time to solve anything during the Lakehead Thunderwolves Monday night matchup against the Thunder Bay North Stars, who took the game 3-2 in the shootout.

After the Thunderwolves defeated the North Stars 5-1 on Sunday night, there were a couple of noticeable line-up changes made.

Freshman Geoff Dempster took advantage of the traffic in front of the North Stars net to tie things up for the Thunderwolves in the first, while sophomore Daniel McKitrick redirected a pass from Dexter Kuczek to even the score early in the second.

Both goalies were brick walls in the net during the third period, forcing the game into overtime. Despite a few good chances on both sides of the ice, the netminders didn’t allow anything to get past them in extra minutes either.

The Thunderwolves will be back in action in the new year as they travel to Guelph to kick off the second half of the OUA season against the Guelph Gryphons on January 3 at 2:00 pm and January 4 at 7:30 pm. Fans can catch the games on OUA.tv.